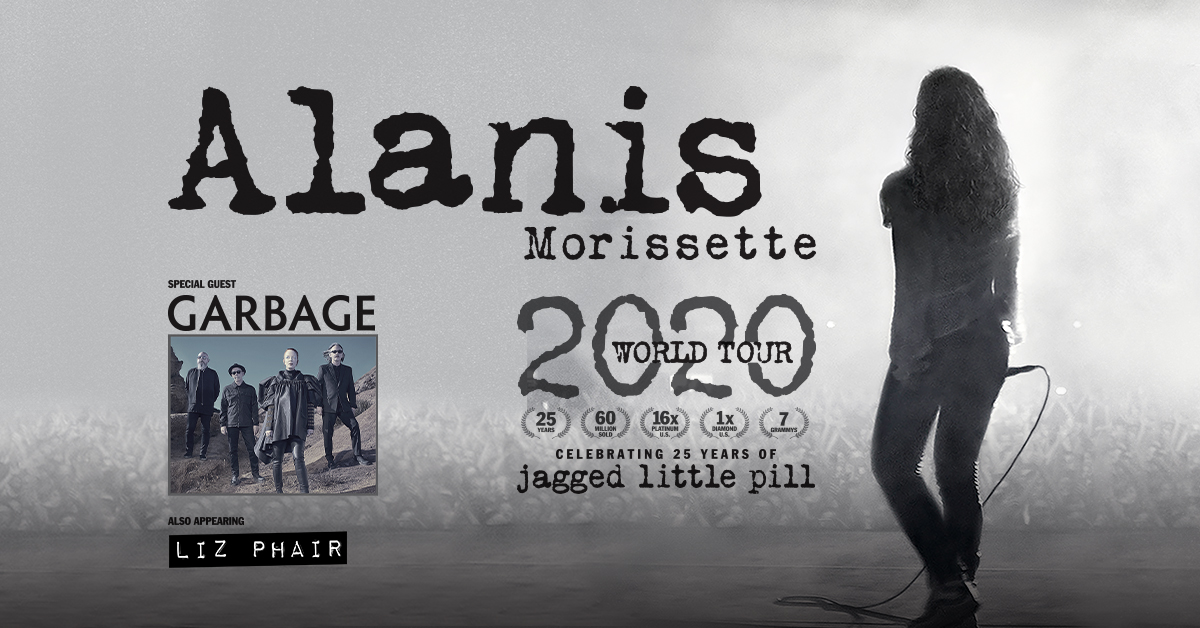 Seven-time GRAMMY® Award-winning singer/songwriter Alanis Morissette announced that she will be embarking on a 31-date North American tour which kicks off June 2nd, 2020 in Portland, OR. Produced by Live Nation, the tour will celebrate 25 years of JAGGED LITTLE PILL. It will hit cities like Los Angeles, New York, Toronto, and Chicago before wrapping in Nashville, TN on July 25th, 2020 an she’ll be playing all her biggest hits along the way. Alanis will be joined by special guest Garbage and also appearing Liz Phair.